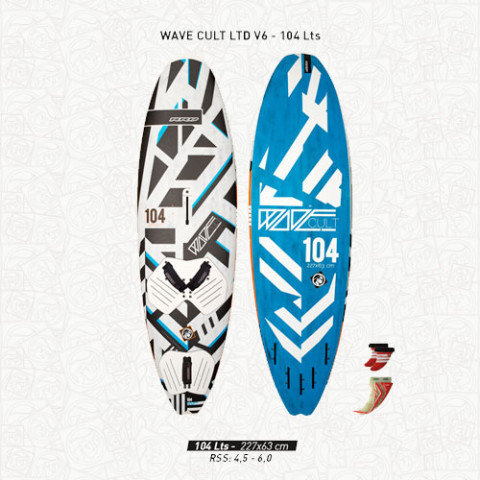 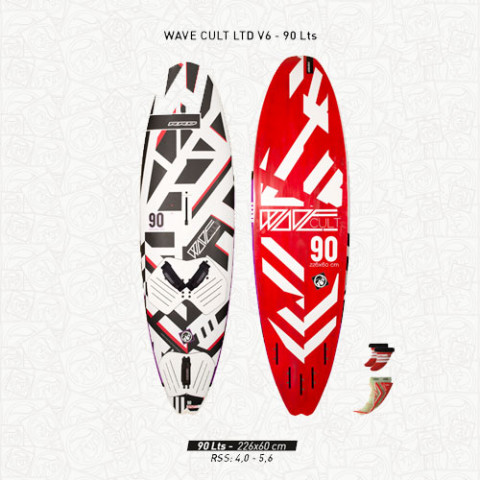 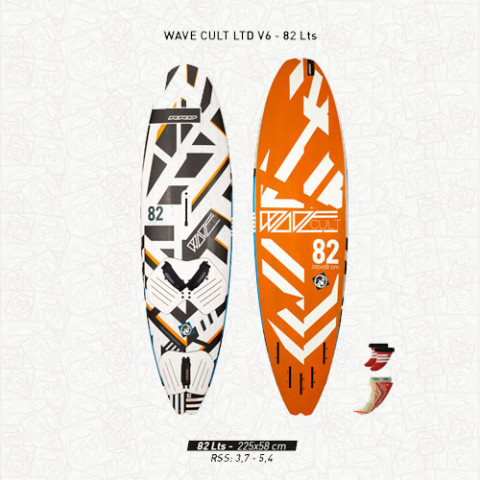 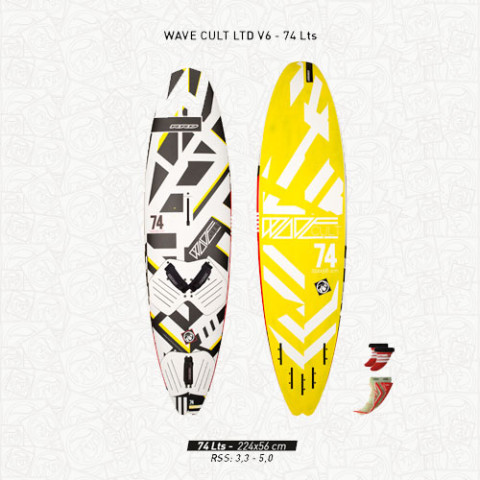 The Wave Cult V5 has been an incredibly successful over the year and is still a competitive board today, so you can imagine the amount of time and development that’s go into creating it’s successor.

Features: for the last two years we’ve been on an incredible journey with our development program, the possibilities seemed endless, now we’re at its conclusion its easy to see how the V6 became what it is today.

With so many thoughts its hard to say which was the key decision along the way, though if pressed I’d have to say starting with a blank sheet opened the possibility to analyze and re-think what the perfect wave board you’d use every day would look like.

We were influenced by a new line of short boards that appeared to have their nose and tail cut off, it’s what we now call the COTAN board (Cut Off Tail and Nose).

While we found lots of innovative inspiration, going for a radically shorter length and accompanying wider tail and nose we were limiting the “allround” nature of the board which is a key feature of the Wave Cults.

Outline: to cut a long story short, the final shape combines a reduced length into smooth proportionate flowing lines linking the cut of nose, and relatively wider tail when we compare it with the previous V5. The resulting outline is very compact without being excessively wide in the nose and tail producing a harmonious flow.

Tail: Our “squared-swallow” tail enables the outline to be as parallel and straight as possible in the back section of the board. This increases the amount of the rail in contact with water during turns, giving the best grip and best possible drive.